Gaspé is accessible via route 132, tourist route which surrounds the Gaspé peninsula. You can also take route 198, via Murdochville.

In addition, the City of Gaspé has more than 100 km of municipal roads.

Gaspé has an airport and a 4500-foot landing strip. Several daily connections with Montreal and Quebec are offered, in less than three hours. A route between Gaspé and the Magdalen Islands is also available. To book your flight, you can go to the Air-Canada airline page, which offers daily connections with Quebec and Montreal.

With the port of Sandy-Beach, 2nd largest natural deep water port in the world, the port of Rivière-au-Renard, first in importance in terms of the landing of marine products, Gaspé is without a doubt a maritime city with enormous potential!

The City of Gaspé and the Gaspé region are served by rail infrastructure going to Gaspé. Owned by the Ministère des Transports du Québec since 2015, the railway requires investments in order to upgrade it and thus fulfill its transportation mission for passengers and goods. In May 2017, the Quebec government announced an investment of $ 100M to return the rail to Gaspé!

The City of Gaspé has a collective transportation service on its territory, allowing its citizens and visitors to be transported throughout the city's territory. For more information, visit the website of the Régie intermunicipale de transport de la Gaspésie et des Îles-de-la-Madeleine!

The Cégep de la Gaspésie et des Îles offers college-level training, including several techniques and several pre-university programs. A major employer on the territory of the City of Gaspé, his students contribute to the vitality of the city and to the dynamism of its cultural and sporting life! 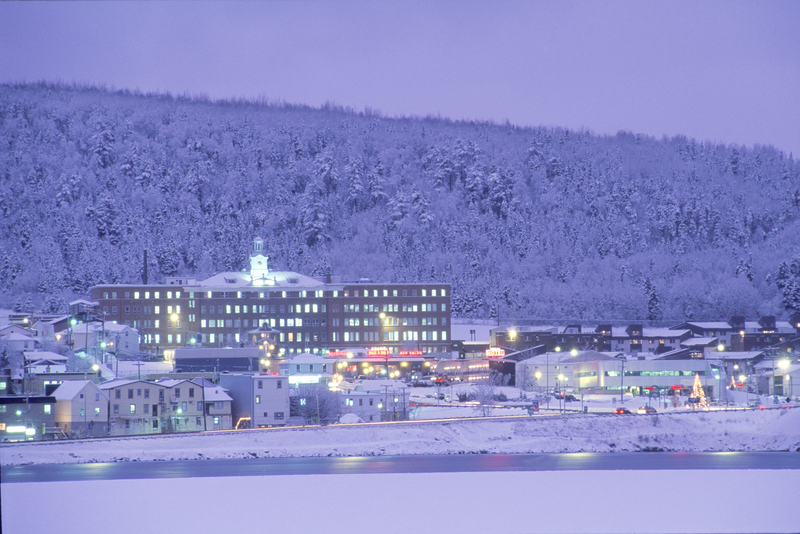 Collegia Group is the Consortium of Continuing Education Services of Cégep de la Gaspésie et des Îles, Cégep de Matane and Cégep de Rivière-du-Loup. Whether it is to increase your knowledge and skills, to access a stimulating career, to take up new challenges or to improve your employees, Collegia Group opens the door to a world of training!

The Wind TechnoCentre (TCE) is a center of expertise that supports the development of the wind industry through research activities, technology transfer and support for businesses. The main areas of activity of the TCE relate to wind energy in cold climates and complex terrain, the adaptation of technologies and the integration of Quebec companies into the supply chains of the wind industry.

Merinov is a non-profit organization made up of nearly 80 employees located in four centers located in Gaspésie, Îles-de-la-Madeleine and on the North Shore. Its mission is to contribute, through research and development, transfer and technical activities to innovation, competitiveness and sustainable development of the Quebec fishery, aquaculture industry and the enhancement of marine biomass while promoting the development of expertise in these sectors.

CIRADD is a college center for technology transfer in innovative social practices (CCTT-PSN) working in the field of territorial sustainable development. Offering research services (studies, analyzes, etc.) and transfer activities (conferences, symposia, training, etc.), it meets the needs of organizations, businesses and communities, while promoting the involvement of students and teachers. at the college level. Attached to the Cégep de la Gaspésie et des Îles, CIRADD is part of a network of 49 college centers in Quebec.