NOTICE is hereby given that the municipal Council of "Ville de Gaspé", at its regular meeting held on June 7, 2021, has adopted by resolution the following draft of by-law.

This zone is located in the area of ​​Montée Sandy-Beach, and illustrated on the following sketch: 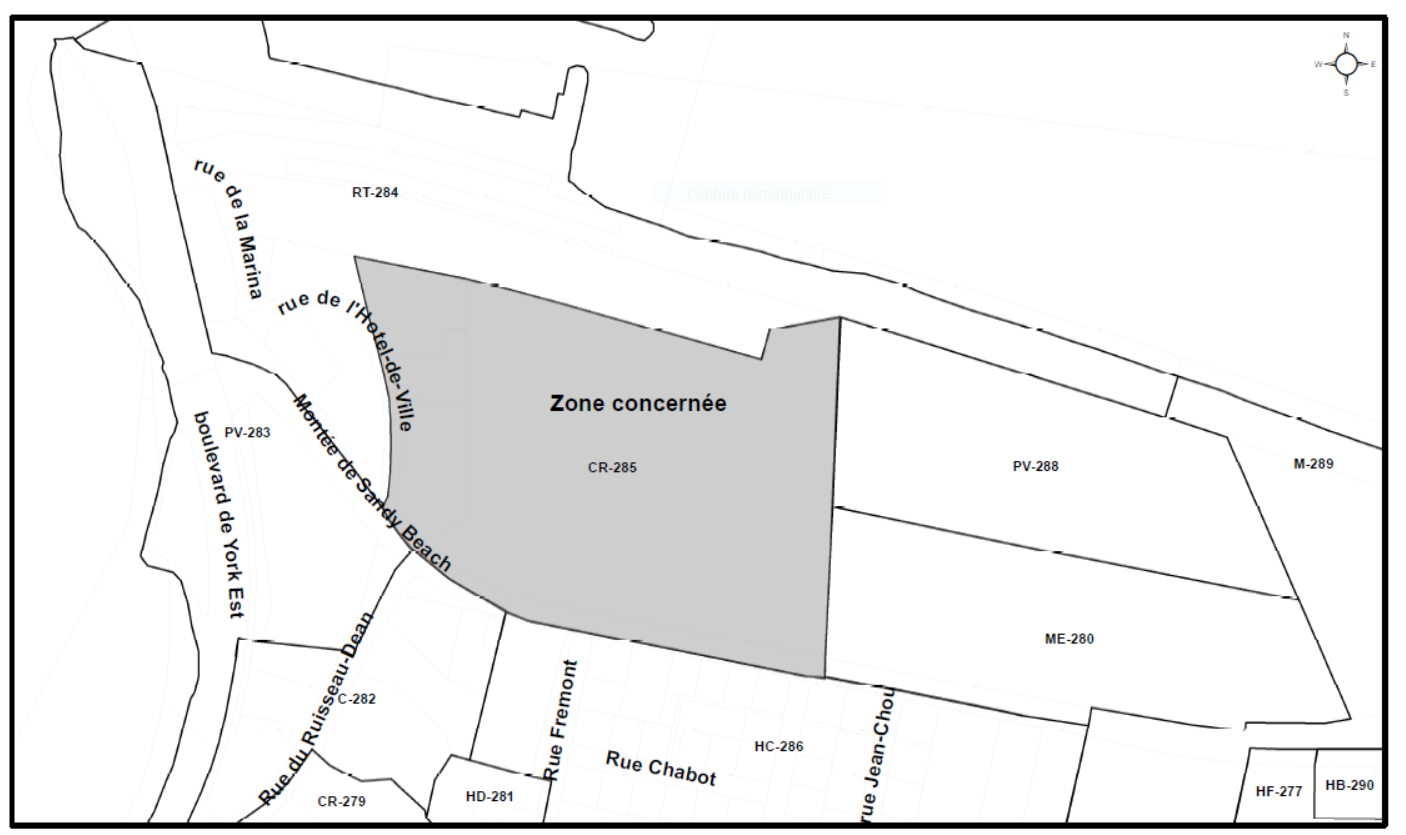 This by-law contains provisions specific to a by-law subject to referendum approval.

The written consultation with regard to this draft by-law was determined by the municipal council in accordance with resolution 21-06-038 adopted at its ordinary meeting of June 7, 2021. Thus, in accordance with ministerial order number 2020-074 of the Minister of Health and Social Services dated October 2, 2020, any procedure which involves the movement or assembly of citizens, which is part of the decision-making process of the municipal council, is replaced by a written consultation announced 15 days beforehand by public notice.

A written consultation on this draft by-law 1156-11-52 will therefore take place from June 11 to June 25, 2021. Anyone interested can send their comments in writing to the legal services and town clerk office at the following email address: isabelle.vezina@ville.gaspe.qc.ca

The explanation of this draft regulation is presented in the document below and the project of by-law are joined to this public notice.

WHEREAS the City of Gaspé has adopted the Zoning by-law noo 1156-11 which includes a zoning plan and “specification” grids;

WHEREAS the City of Gaspé is governed by the Planning and Town Planning Act (RSQ, c. A-19.1) and that the Regulation no 1156-11 may only be amended in accordance with the provisions of this law;

WHEREAS following the directives of Ministerial Order number 2020-074 of the Minister of Health and Social Services of October 2, 2020 issued in the context of the coronavirus pandemic (COVID-19) which stipulates that any procedure other than referendum which is part of the decision-making process of a municipal body and which involves the movement or gathering of citizens can be replaced by a written consultation procedure, the public consultation meeting on the draft by-law 1156-11-52 has therefore been replaced by a written consultation procedure held from _________ 2021 to ___________ 2021;

WHEREAS this by-law contains provisions that may be the subject of a request from interested persons so that it is submitted for their approval in accordance with the Municipal Elections and Referendums Act (LRQ, c. E-2.2);

WHEREAS a public notice to interested persons having the right to sign a request to participate in a referendum was published on the website of the Town of Gaspé, on _______________ 2021;

THEREFORE, it is proposed by

THAT a by-law of this council, number 1156-11-52, be and be adopted and that the following be enacted and decreed, namely:

The whole as indicated in the specifications grid, which is attached to this by-law as appendix "A".

ARTICLE 2: The specifications grid attached to this by-law as appendix "A" is an integral part of this by-law as if it were reproduced here at length.

ARTICLE 3: This by-law as well as its appendix "A" form an integral part of the zoning by-law that they modify.

ARTICLE 4: The present by-law comes into force in accordance with the law.

ENTRY INTO FORCE on 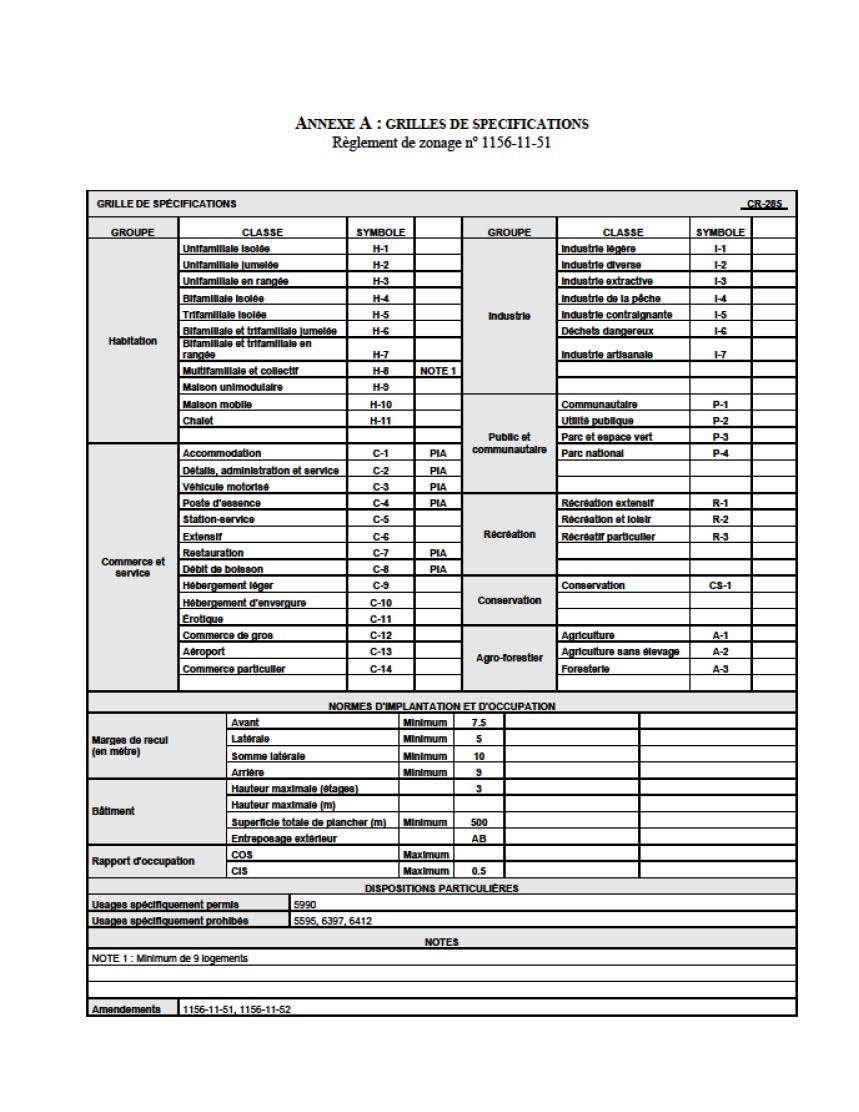