NOTICE is hereby given that, following the public consultation meeting which was held on October 4, 2022, the municipal Council of "Ville de Gaspé" has accepted by resolution, on October 4, 2022, a second draft of by-law 1156-11-60 amending the zoning by-law.  This second draft contains provisions that may be subject to an application made by interested persons from anyone of the zones to which such provisions apply and of the contiguous zones, to require that a by-law containing these be submitted for their approval, in accordance with the Act respecting elections and referendums in municipalities.

An application relating to the following provision of the second draft:

2.      LOCALIZATION OF THE CONCERNED ZONES

The concerned zone ME-280, is located in the area of montée Sandy-Beach, and illustrated on the following sketch: 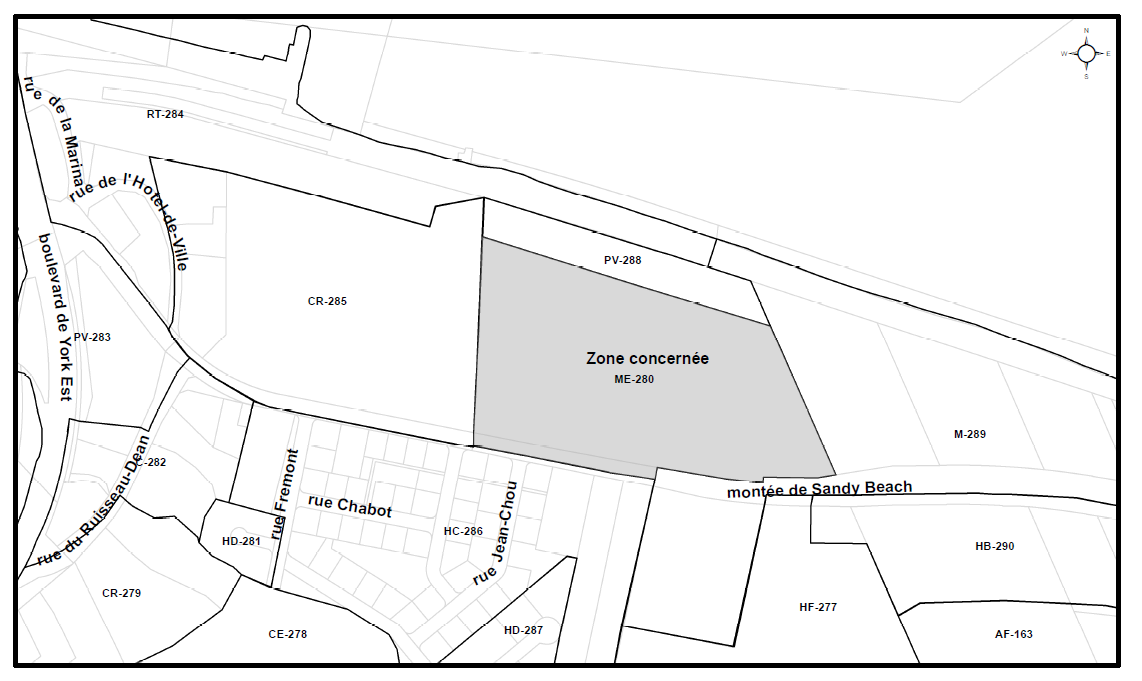 An interested person is a person of full age, Canadian citizen and not under curatorship who, on the date of adoption of the second draft, which is October 4, 2022, is not disqualified from voting and meets one of the following requirements: